Is it safe to play bridge ?

These articles appeared in The Times newspaper 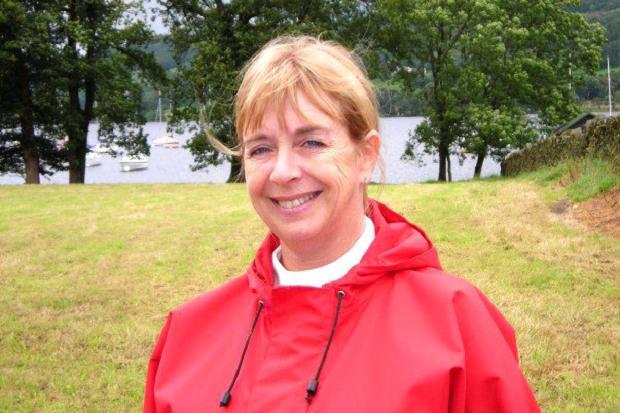 Bridge player ‘stabbed his wife to death after repeatedly criticising her

The bridge players of a genteel seaside town witnessed the deteriorating relationship of Stephen Green and his wife over the green baize of the bridge club table, a jury at Preston Crown Court was told yesterday.

They noted how the 51-year-old, who believed himself to be a better card player than his wife, began to drink to excess during matches and his criticism of her playing skills would become louder.

The couple’s “stormy” relationship allegedly reached a climax on the evening of Friday, January 15 this year when a drunken Mr Green attacked his wife, Carole, 57, with an 8in knife, inflicting more than 100 injuries. He was found by a police officer the following Monday evening in the bath with blood seeping into the water from self-inflicted wounds to his wrists.

Later Mr Green claimed that her death was the result of a bizarre accident, and that he had inadvertently plunged the knife into her back as he fell on her. He denies murder and a second charge of assault by beating.

Stuart Denney, QC, told the court that the Greens were stalwart bridge players in Lytham St Anne’s, Lancashire. They had been living together at their flat in East Beach for several years but had been married for only one year. He had lost his job with BAE Systems and stayed at home while she went to Manchester for her job at a solicitor’s.

Mr Denney said: “He believed, probably correctly, that he was the better player. However, over a couple of years preceding these events, he had got into the habit, firstly, of drinking to excess and, secondly, of being vociferously critical towards his wife when they were playing cards.”

Oliver Burgess, a member of Lytham Bridge Club, told the jury: “He would call her stupid. It was embarrassing for other people to see.”

Mr Denney told the jury that the relationship was stormy, characterised by Mr Green drinking to excess, then threatening his wife and, on at least one occasion, resorting to violence.

The jury heard that in April last year Mr Green grabbed his wife by the throat and beat her when she got home from work. Three months later he pleaded guilty to assault and was given a 12-month suspended sentence.

On October 9 last year, Mr Green allegedly assaulted his wife as she picked him up from The Ship & Royal pub in Lytham. Mrs Green made a statement to the police about what had happened but returned to the matrimonial home and made a second statement retracting the allegations. The court was told that Mrs Green returned home on January 15 this year, never to emerge alive. Three days later a police constable entered to discover Mrs Green’s body on the living room floor.

Mr Green later told the police that he had been drinking vodka and that his wife had returned home and criticised him for his drinking. She told him she wanted a divorce. He said he had fallen on top of her accidentally, forcing the knife into her back. He had checked for signs of life but she was dead. Later he had started drinking again and stabbed her again “about half a dozen times”. Asked why he did this, he said: “I got so angry she had caused all this trouble.”

Bridge player ‘had threatened to throw his wife off a balcony’

A bridge player accused of murdering his wife had once threatened to throw her off the balcony of their flat during a bad-tempered game, a jury was told yesterday.

Stephen Green, 52, who believed himself to be a better player than his wife, Carole, 57, would drink heavily and then criticise the way she played.

He is alleged to have stabbed her to death in January at their flat in East Beach, Lytham St Anne’s, Lancashire, inflicting more than 100 “savage” wounds with an eight-inch knife.

Diana and Peter Sizer, fellow members of Lytham Bridge Club, told Preston Crown Court that club members would regularly visit each other’s houses socially for card games and travel together for competitions across the country. Intense debates over what hands were played at meetings would also take place at local pubs afterwards, the court was told.

Mrs Sizer said: “Initially it was fun. It was very competitive. After bridge congresses we would print out the hands we played to compare them and discuss what we had done right,” she said. “It was all very good-humoured and enjoyable.”

It was noticeable that Mr Green’s attitude changed over the past three years. He began drinking heavily, leading to vicious criticism of his wife’s prowess at the card table. Mrs Sizer said: “Stephen became increasingly more critical of Carole. He put her down, said she was stupid, said she did not understand.

“Normally she went very quiet. She would tell me afterwards a lot of things. She said she would argue back at home. She would get upset, she got tearful without crying if she was in public.

She recalled that at a card game at the flat in late 2008 or early 2009 the defendant shouted at his wife, becoming extremely aggressive and “calling her the c-word”.

She described how Steve “exploded” and shouted “any more from you and I will throw you off the balcony”.

Stuart Denney, QC, for the prosecution, asked: “Was it said in a jokey way?” “No,” she replied. “Steve could be quite intimidating. Carole said something like ‘yeah, yeah, you and whose army?’ and tried to make light of it.”

Green pleaded guilty to common assault against his wife in April last year when he drunkenly attacked her at home. He received a 12-week jail term suspended for 12 months.

Mrs Sizer said that her friend drove around to her flat shortly after that attack and had bite marks to her hand and upper left arm.

There was also bruising and bumps to the back of her head in the area where she had previously been operated on to remove a brain tumour, she said. She and her husband did not visit the Greens’ home again after the incident.

Mrs Sizer said: “She was trying to get him to seek professional help. She tried to get him to moderate it (the alcohol). She felt that when she was there he did not drink so much.” Mrs Sizer said she accompanied Mrs Green to a local solicitor for advice on seeking a divorce but was told that she could only undergo a separation because she had been married for less than a year.

“She did not want a divorce, she wanted her old Stephen back, the Stephen that was not violent or drunk. She loved him even after what had happened,” she said.

“We considered Stephen and Carole as our friends. We were also trying to help Steve,” she said.

Mr Sizer told the jury the defendant’s drinking became more obvious in recent years. He said the Greens would start off the night playing together before drinking began and partners were swapped. “When he thought she had made errors or was not playing well, he could be quite vicious,” he said.

By Mike Behr and Ben Hoyle
IN THE quiet town of Fish Hoek, a short drive south of Cape Town, off-licences have been banned since 1818 and the social scene revolves around the bowling and bridge clubs.

It took a great white shark to put the place on the map when it killed a pensioner on her morning swim here two years ago. But despite its genteel appearance, a grandmother appeared in court last week accused of hiring a hitman to kill her bridge teacher’s British wife.

Police believe that Sophia de Villiers, 73, drove to the edge of town and offered one of the jobless men gathered there R2,000 (£190) to carry out the attack.

She was then allegedly seen waiting by her car while the man repeatedly stabbed Nicky Wilson in the arms, chest and hands. Mrs de Villiers is then alleged to have driven the man away.

Mrs Wilson, 55, survived the attack and is now recovering at home. Her husband Tony, a retired railway worker originally from Lancashire, is with her, but is now at the centre of speculation about the nature of his relationship with his pupil.

Mrs de Villiers, a mother of six, has been bailed to return to court this month. She is in a private hospital in Cape Town where she is understood to under treatment for Alzheimer’s.Mrs de Villiers and the Wilsons were members of Fish Hoek Bowling Club and the town’s bridge club.

According to some bridge club members, the Wilsons have a turbulent marriage. One player described Mrs Wilson as a difficult woman, adding that there had been little sympathy for the couple in the town since the attack.

Mr Wilson told The Times: “My wife is doing well. She is a very strong lady. She fought for her life and she is so grateful for that. But the shock has set in. She sways from anger and resentment and blaming everyone, including me and herself. She is just going through a huge wave of horrible thoughts. I’m having difficulty keeping the peace.”

Bridge player who taunted ‘inferior’ wife jailed for her murder

A bridge player who would drunkenly taunt his wife about her prowess at the card table has been jailed for life for her murder by Preston Crown Court.

Stephen Green, 52, who competed at World Championship level, believed himself to be a cut above his wife, Carole, 57, whom he disparaged as a “mere club player”. Members of Lytham Bridge Club charted the couple’s deteriorating relationship by the amount of vodka Green drank during matches, and the hurtful comments directed at his wife.

They met in the late 1990s and married last year. Their stormy relationship reached a climax this January when Green launched a “horrifying” knife attack on his wife as she returned home from work to their flat in Lytham St Annes, Lancashire.

He inflicted 99 wounds in an assault so ferocious that both her thumbs were almost completely severed as she attempted to defend herself from the blows.

Judge Anthony Russell, QC, ordered that Green, who had denied the charge, should not be considered for release before he has served a minimum of 23 years in prison. The judge said: “Those last few moments of her life must have been absolutely terrifying. It is impossible to imagine how anyone could have behaved as you did.

“One of her children has described this as an evil and despicable crime and I agree. Carole Green loved you but you did not deserve that love. You insulted her and in public you bullied her.”

Green had met his wife, who worked as a compliance officer at a solicitors’ firm in Manchester, at the bridge club. They had married a year ago in Florida but the short marriage was characterised by his alcoholic violence towards her.

His drinking, and violence, intensified after he lost his job as a health and safety officer at British Aerospace. He attracted a suspended prison sentence for beating her.

The court was told that Green once threatended to throw his wife off the balcony of their flat during one bad-tempered game.

Diana Sizer, a club player, said that members would often visit each other’s homes socially to play or travel together for competitions across the country. They would analyse how they played hands at the end of bridge congresses. “It was very competitive,” she said.