In 1983 Channel 4 did a 15 part series on Bridge which included many famous players including Omar Sharif, Nicola Gardener Irving Rose and  Zia Mahmood  and Shireen Mohandes has kindly arranged for You Tube to present this fantastic series and if you wish to watch why  not watch now ? 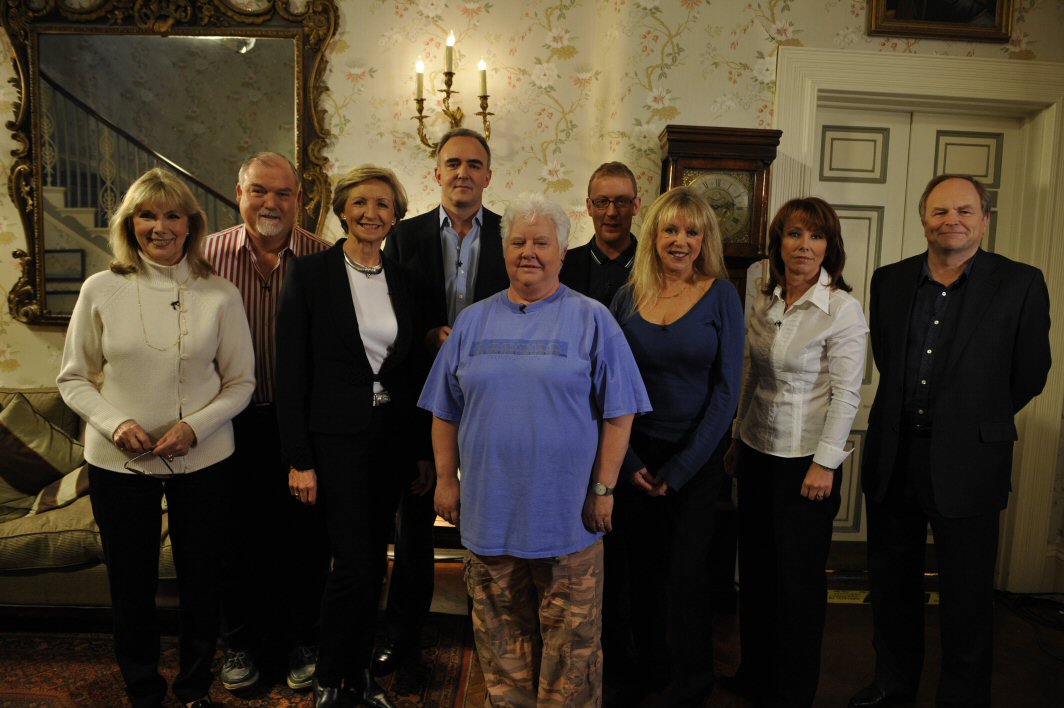 Bridge is back on TV

Sky Arts 2 and Sky Arts HD will air a brand new programme on bridge this April, featuring eight celebrity players. Bridge: Celebrity Grand Slam, shows a side of bridge away from tournaments, complex bidding systems and double squeezes. This is social bridge, as played by hundreds of thousands of people in the , for fun and the love of the game.

The eight players are:

·   Susan Hampshire, actress, most famous for her role as Fleur in The Forsyte Saga.

·   Val McDermid, best-selling author of crime thrillers, including Wire in the Blood.

·   Kay Burley, Sky news anchor. Kay is a bridge novice who only started to learn to play Bridge three and a half weeks before the series was filmed.

The programmes are compered by Clive Anderson, who played bridge at university. He is assisted by bridge experts and internationals Glyn Liggins and Andrew “Tosh” McIntosh who chose the hands. Andrew also taught Kay to play.

There are eight half hour programmes in the series. In each episode the celebrities play four hands with a new partner. Then they swap. Over the course of the series everyone ends up partnering everyone else with a special twist in the 8th and final show.  The same deals are played at both tables, greatly reducing the element of luck, and aggregate scoring is used. Tosh and Glyn are in the control room with Clive Anderson, commenting on the bidding and play. Once the bidding is over they are joined by dummy to comment on the play of the hand.

The programmes were filmed over two days at St Michael’s Manor, a hotel in Hertfordshire.

The series was the brainchild of bridge playing TV producer Hugh Dehn and was shot in High Definition TV using a multitude of cameras, including eight overhead cameras.

“We are delighted to be bringing Bridge back to TV" comments James Hunt, acting channel manager. “We recognise the popularity of bridge across the and felt our programming should reflect that popularity, whilst aiming to bring an entirely new audience to the game.”

Bridge: Celebrity Grand Slam will be shown on Sky Arts 2 (channel 257) at 7:00 PM every evening from April 20, ending with the grand final on Sunday 26 April.

For updated information on the hands, please visit